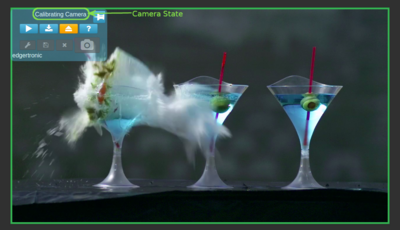 Figure 1. To optimize image quality, the edgertronic camera will perform an automatic calibration, when settings and/or temperature changes warrant. If a full calibration is required, a shutter will cover the sensor, take calibration frames, and the camera will adjust its internal settings. Once complete, the camera is again ready to capture optimal video.

In the Calibrating Camera State, the Camera Control Buttons are hidden since their actions are not allowed until the calibration completes. Calibration takes less than 5 seconds.

Pre-trigger is a powerful feature that lets the user capture and save video prior to triggering the camera.With Pre-trigger, random and unpredictable events, like lightning strikes, can be easily captured.

When the camera is triggered, all the frames in the Pre-trigger buffer, plus the Post-trigger frames will be processed, compressed and saved to the storage device. Pre-trigger allows events prior to the trigger to easily be captured. 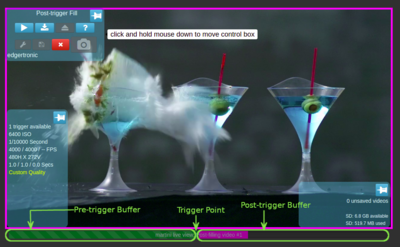 Figure 5. When the post-trigger buffer has filled, the camera stops storing new video frames and begins saving the captured video frames to a file. Saving the file can take a while as the H.264 encoder runs at about 30 frames/second for larger frame sizes. The save progress bar is displayed in blue below the capture progress bar.

While a save is in progress the display is occasionally updated to give you a visual clue as to how much of the captured video has been saved.

Figure 6. As video saving is progressing the display is updated to show which captured frames have been saved. If you captured extra video past the action of interest, you can press the orange Finish button box in the web user interface to discard all unsaved frames and truncate the video. The video saved up to that point will be saved in the file. The camera will do a calibration if needed and then the camera is ready to capture another video.

Retrieved from "https://edgertronic.mywikis.wiki/w/index.php?title=SDK_-_Web_UI_Camera_States&oldid=5250"
Category:
Cookies help us deliver our services. By using our services, you agree to our use of cookies.